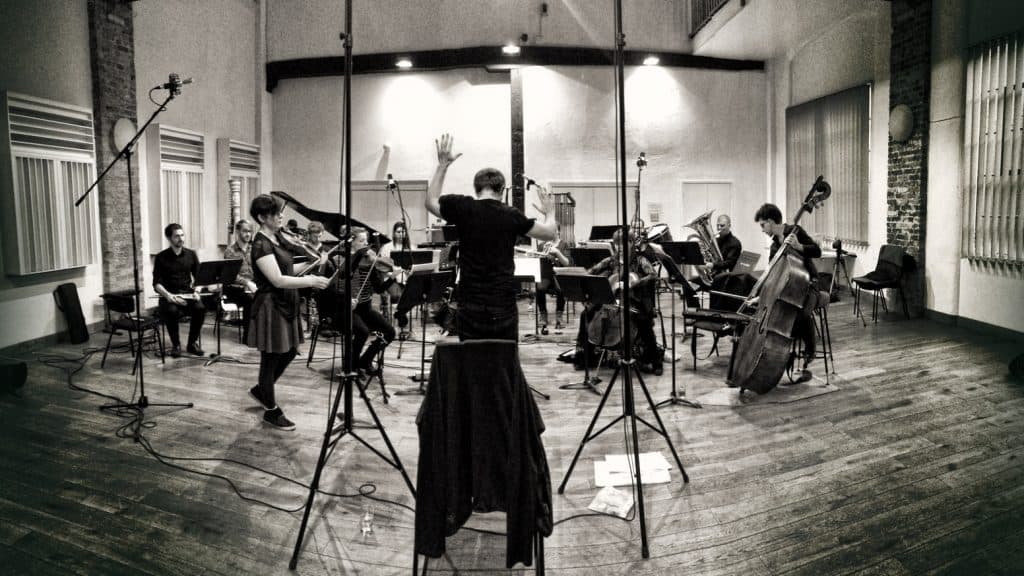 The Riot Ensemble mark their second appearance at hcmf// 2019 with a series of performances true to their name. Renowned for building deep, long-standing relationships with composers, the ensemble is one of the world’s best for guiding radical music into the world. In this concert, they premiere four pieces they’ve worked on with musical innovators around the world. St Paul’s Hall is a home fixture for them by now, and they fill the space with a familiar crackle of energy.

This event will finish at approximately 8pm